Skansen your home at Qeqertarsuaq

can be made at any time via:

PLEASE NOTE IMPORTANT! Re: Cancellation and refund.
In case of no show, in case of delay in arrival time or in case of earlier departure, the agreed rental price will not be changed.
Refund ONLY possible if booking is canceled no later than • 1 month before arrival!

Payment is made in advance and must be made no later than 8 days after confirmation. NOT paid booking on time may risk losing their booking. Payment is by bank transfer through the Bank of Greenland

Skansen your home - heart space for you as guests Qeqertarsuaq

Have a nice stay at the black sand beach in Qeqertarsuaq at Skansen your home.

Skansen your home is owned by Linda & Arkaluk Ostermann. Family owned guesthouses in the beautiful natural surroundings on Disko Island. Right outside the door is the black sand beach where you can enjoy the icebergs that are plunged into the bay that crackles in the sunlight. You may be lucky to see the whales swimming around near black sand.

The couple started renting out the house B350 “Skansen” in November 2013 and have since received the neighboring house B530 “The Annex” and are working on a third house B756.

The name Skansen, is a closed Greenlandic settlement on Disko Island. It was established in 1851, it was demolished in 1966. The place is named after a nearby, steep basalt rock that the Dutch called the Schans. The Greenlandic name of Skansen, Aamaruutissat, means ‘the coal’ because coal was mined on the spot.

Inquiries and booking of rental of Skansen – your home can be made at any time via:
SMS +299 583645 or by e-mail via: Contact Skansen

You can read more about booking and terms here .

We look forward to hearing from you.

Here you can see our rental houses 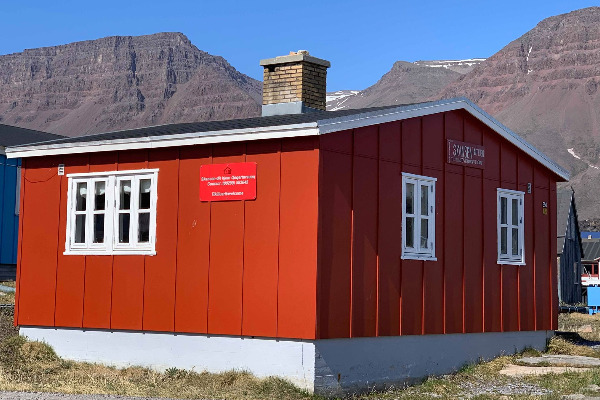 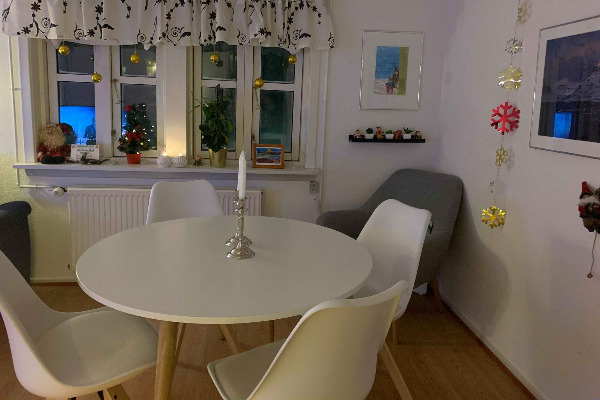 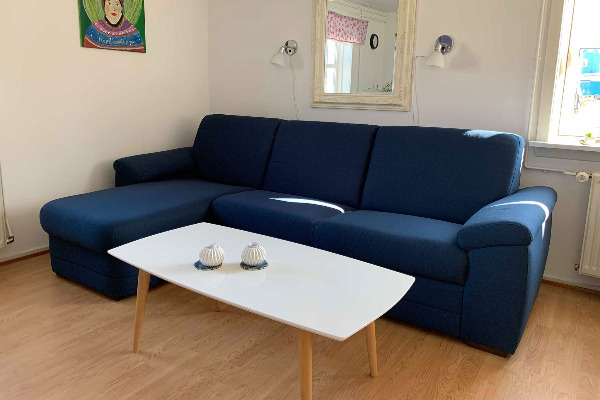 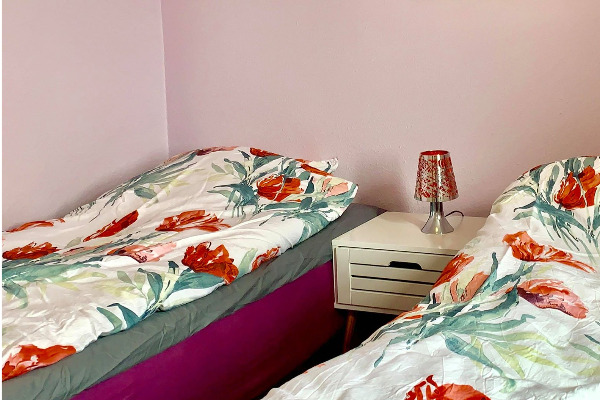 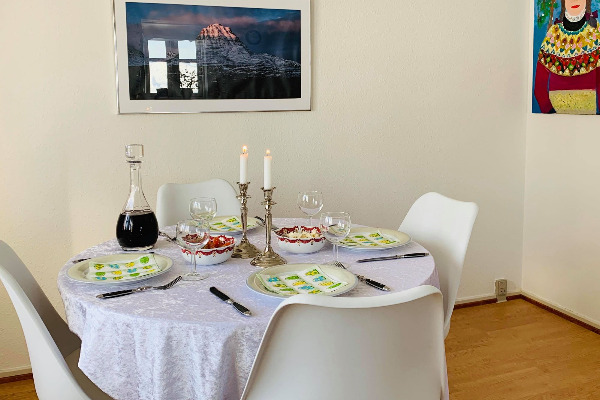 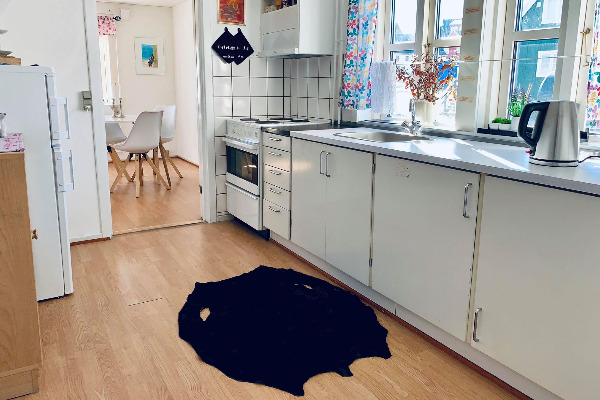 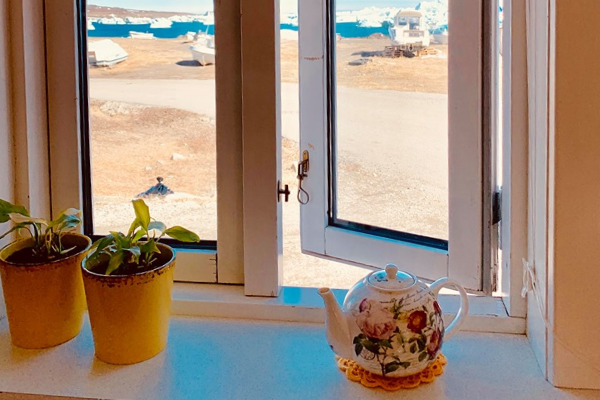 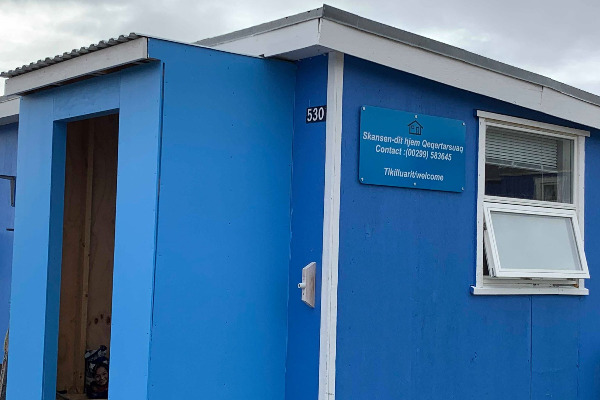 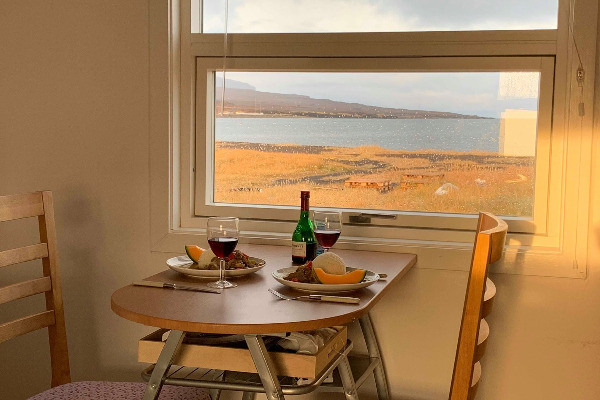 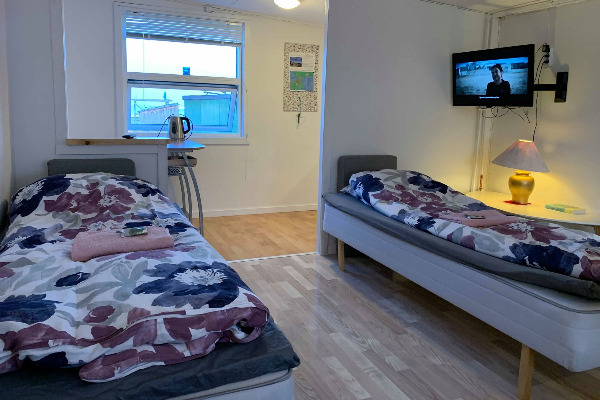 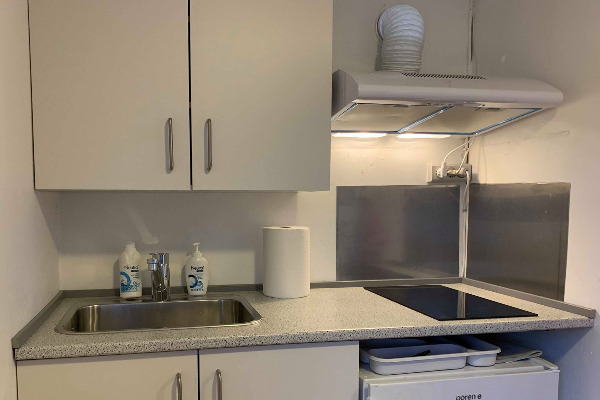 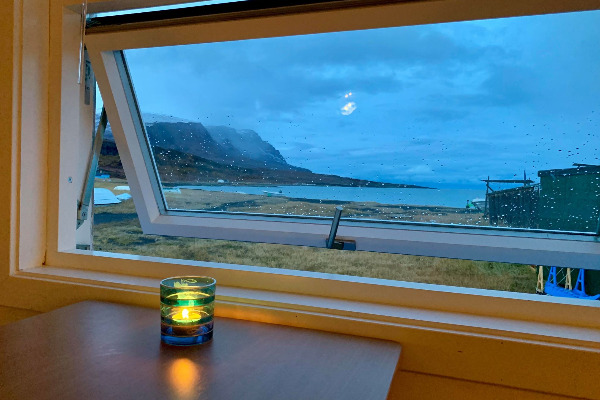 Is our home where it is possible to book in on a bed & breakfast concept.

There is access to all the facilities of the house. As a tenant, you get space in the fridge and you are welcome to cook for yourself. You are also “part of the family” and can eat with free of charge.
Max two people. 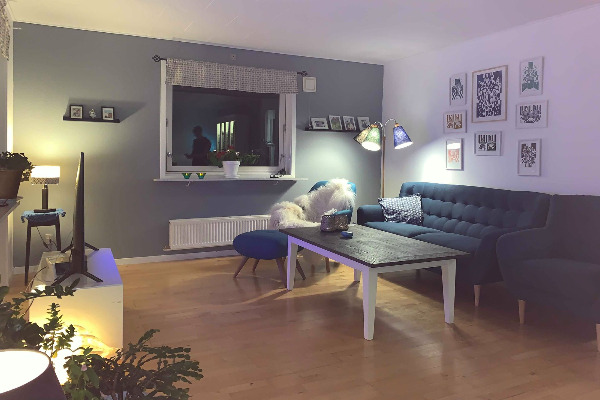 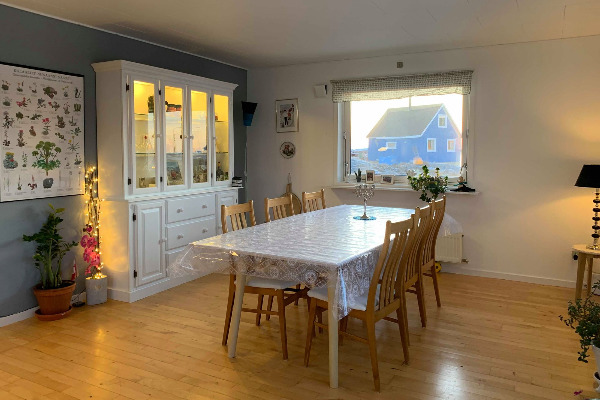 The fourth house b723 is under renovation but is on standby due to financial circumstances due to covid19.

Is our home where it is possible to book in on a bed & breakfast concept.

There is access to all the facilities of the house. As a tenant, you get space in the fridge and you are welcome to cook for yourself. You are also “part of the family” and can eat with free of charge.
Max two people.

The fourth house b723 is under renovation but is on standby due to financial circumstances due to covid19.

Geologically speaking, the disco island is very different from the mainland on Disko Bay, as much of the island consists of basaltic mountains created by volcanic activity many millions of years ago.

Qeqertarsuaq means “the big island” and the town in Danish is called Godhavn. Qeqertarsuaq is located approx. 100 km from Ilulissat, and approx. 70 km from Aasiaat. The town has a single affiliated village: Kangerluk, in Danish called Diskofjord.

The disco island that has an area of ​​8620 km is slightly larger than Zealand in Denmark. But the population is only approx. 1000 people in the city and approx. 40 people in a small village Kangerluk.

Qeqertarsuaq was established as a whaling lodge in 1773. In 1782, the city became the seat of the inspector of North Greenland, from 1925 national bailiff. The town was also a gathering place for the North Greenland Council, which held its last meeting in 1947.

How do I get to Qeqertarsuaq?

There are several ways to get to Qeqertarsuaq, depending on the season. However, either via Ilulissat or Aasiaat throughout the year.
In the summer months, the easiest way is by ferry or boat. You can read more about it on the Disko Line website here . In winter you can only take a helicopter to Qeqertarsuaq.

Qeqertarsuaq is as designed for hiking

The flora and fauna of the disco island is very different from the surrounding towns in the bay of Disco and this is partly due to the hot springs. And nature is as designed for hiking in the beautiful surroundings that are on Disko Island.

We can recommend you hike to the tours below which are quite free but please contact us. Skansen.gl for advice and guidance.

Remember your camera so you can immerse your hiking experiences.

The waterfall at Windy Valley

Head to the waterfall along the Red River and see how the volcanoes created the beautiful waterfall.

Qaqqaliaq, which in Danish is called Lookout, was in the old days where the hunters kept looking for the whales.

Kuannit, which in Danish can be translated into place with the plant Angelica archangelica, is an absolutely fantastic area that we can clearly recommend to hike to.

News from Skansen your home - Qeqertarsuaq 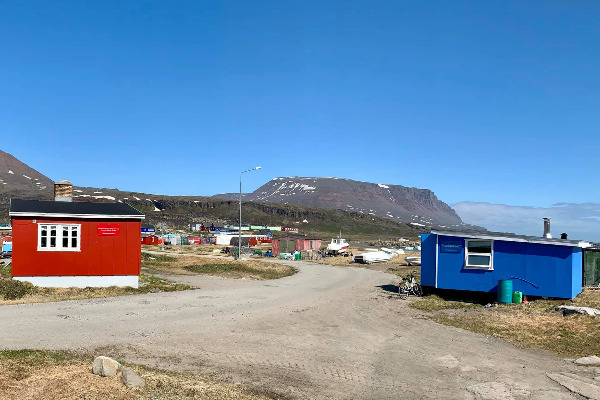 Welcome to Skansen your home